Ukraine has been in the news quite a bit lately. Volodymyr Zelensky, a well-known Ukrainian comedian, won a surprise victory in the presidential election this spring and his party went on to win an overwhelming majority in parliamentary elections. Much is in flux in Ukraine and language is playing a role in the country’s political development, as seen in the recent passage of a language law that aims to strengthen and ensure the use of Ukrainian as the official state language.

What languages are currently used in Ukraine?

For centuries before its independence in 1991, Ukraine was part of the Russian Empire and then the USSR. During this time, the Russian language was promoted – often mandated.

As a result of this history, Ukraine is now basically a bilingual country. A survey conducted in March 2017 showed the following distribution of native speakers:

In this bilingual environment, Ukrainian switches between languages based on:

As Ukrainization has progressed since the country’s independence, the use of Ukrainian in everyday life has increased. The continuing conflict with Russia has accelerated this trend.

On July 17, 2019, a law went into effect that protects the Ukrainian language as the only official state language. It does not restrict the use of other languages within Ukraine but aims to ensure the official status, widespread use and ability of all Ukraine citizens and residents to speak Ukrainian fluently.

Relevant sections of this new legislation for business can be summarized as follows:

Software User Interface. Computer software sold in Ukraine must have a user interface in Ukrainian and/or English or another official EU language. Since Russian is not an official EU language, it does not fulfill this requirement. Applications installed on products sold in Ukraine (for example on consoles, smartphones, etc.) must have a Ukrainian version equal in content and volume to other language versions.

Ecommerce, Advertising, and Consumer Information. Information provided to Ukrainian consumers must be provided in Ukrainian by default even when duplicated in other languages.

Print media, Television, and Film. The new law requires that 90% of TV and film content be in Ukrainian and that Ukrainian-language printed media and books make up at least 50% of the total output.

Business communication. Companies located in Ukraine (this includes the Ukraine-based subsidiaries, branches or representative offices of foreign companies) must prepare official business correspondence and employment agreements in the Ukrainian language.

The transition periods for compliance with these regulations range from 2 to 30 months.

Although much will depend on how consistently the new law is applied, many global businesses active in the Ukrainian market will need to provide Ukrainian translations on a regular basis. There should be an immediate impact on the video game market and online retail sales, where Ukrainian is required but the main language is currently Russian. Dubbing and subtitling services should also be in greater demand since the new law stipulates 90% of TV and film content in Ukrainian. Over time, more software installed in products will need to be translated into Ukrainian since Russian versions no longer fulfill the requirements and most Ukrainians are not fluent in English as a second language.

The new law could also lead to greater standardization of the Ukrainian language. It establishes a National Commission on Standards for the State Language with the power to approve language standards, including terminology and spelling. Depending on how this commission proceeds, their work can have a favorable impact on translation consistency and quality measurement, while requiring attentive maintenance of existing translation memories.

Over the past decade, Ukrainian has become one of the standard translation languages for many global companies. Established language service providers like OmniLingua have teams of experienced Ukrainian linguists located in-country with their fingers on the pulse of their evolving native language. For a more detailed discussion about the impact of this new law on your business, give us a call. We would be glad to provide further information and help you with your future Ukrainian translation needs! 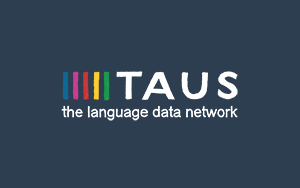